Supporting our employees and clients through COVID-19

Hotbox Studios and our sister companies Hotbox Events and the PAAM Software App often come together for charity projects and sponsorship. Our involvement varies depending on the type of project and how best we can help, sometimes we donate financially, sometimes our time and resources, and sometimes by discounting the services we provide to charities we work with.

The below are examples of projects we've been involved with in the past, if you would like further information about the projects below please contact us

Carrie Burgess has worked with our sister company Hotbox Events for many years; managing the company’s volunteers at the Reading and Leeds Festival. When not running around the fields of music festivals with us Carrie is a Cancer Research Clinical Trials Nurse at Frimley Park Hospital.

At the end of August Carrie took 8 days out of her busy schedule to cycle the 1,000 km to Brest in France and back again to help raise money for the Frimley Park Hospital Charity's Breast Care Appeal. Carrie is a keen mountain biker but has little experience in road cycling so has been training hard to make sure she can complete the challenge.

The goal of the Breast Care Appeal is to provide a dedicated breast unit at Frimley Park Hospital and equipment to help with early diagnosis of breast cancer. The earlier patients are diagnosed the greater the chance that their treatment will be successful and thus quality of life. The new unit will also help to support patients, their families and friends. 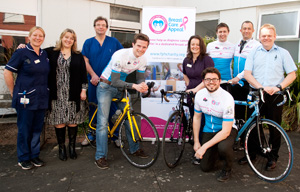 Hotbox Studios and Hotbox Events sponsored Rosalind Clarke who sacrificed her cosy UK Christmas and New Year to volunteer with the Global Volunteer Network in Panama.

The projects Roz volunteered with are located in the valley of Boquete and the city of David. Boquete is situated in the western highlands of Panama; nestled amongst the country's most mountainous region. The city of David is located roughly 45 minutes away from Boquete and is the second largest city in Panama.

With the help of Hotbox Studios and Hotbox Events Roz worked with local children; developing and inspiring their hearts and minds. The program works to create growth and development opportunities for children and teenagers with a focus on children living in orphanages and those who come from low income families. The volunteers help in orphanages assisting with daily activities and childcare duties; work with teenage mothers and their new-born children; work as a youth mentors helping with homework and acting as confidantes; and run Saturday morning sport sessions and music classes. 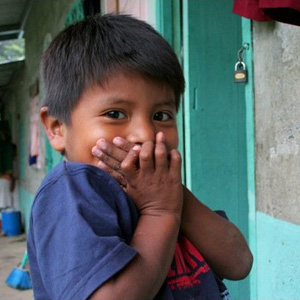 Hotbox Studios and Hotbox Events has been a proud sponsor of Amy O'Loughlin. Amy has spent nearly a year training to compete in the Gore Bike Wear TransWales Mountain Bike Event which took place in Wales.

Hotbox Studios and Hotbox Events first sponsored Amy O'Loughlin in as part of a four woman mountain bike team competing in the Nightrider12 event at Plymouth's Newnham Park; raising money for the Force Cancer Charity. Following a podium finish in the Nightrider12, Amy got back in touch, this time looking to take on TransWales.

All here at Hotbox would like to send huge congratulations to Amy for making it through TransWales, let alone achieving a podium finish! 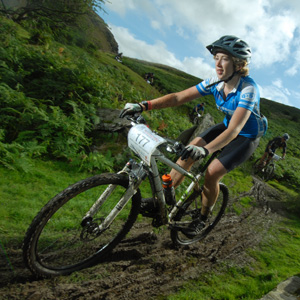 Hotbox Studios and Hotbox Events has been a proud sponsor of Team Flamingo; a four woman Exeter based mountain bike team!

Team Flamingo competing in the Nightrider12 Plymouth Newnham Park Mountain Bike EventTeam Flamingo competed in the Nightrider12 event at Plymouth's Newnham Park; raising money for the Force Cancer Charity. The event runs through the night, so additional to the physical fitness required to complete the course the girls had the additional pressure of having to try and not fall asleep on their bikes!

Fortunately all ended well and following a very long weekend the team came in 3rd! A podium finish! 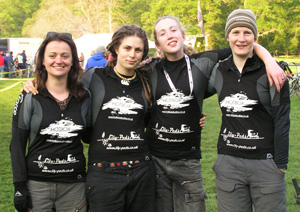 Hotbox Studios and Hotbox Events have been a proud sponsor of The Camping and Caravanning Club, specifically their annual event for Camping Club Youth (CCY) members.

The National Youth Rally is hosted by the South Eastern Region of the CCY.

The National Youth Rally is not-for-profit; thus relies completely on sponsorship from organisations such as Hotbox Studios and Hotbox Events.

The National Youth Rally gives young people the opportunity to meet new friends from around the country and take part in a variety of challenges and sports held throughout the weekend. 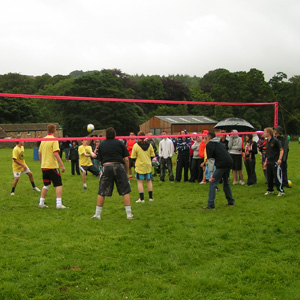 Hotbox Studios and Hotbox Events sponsored Jenny and Phil Larby on their trek to Everest Base Camp. The trek was in aid of Lakshmi Ashram (a school in North India); all funds raised were put towards new computer equipment for the North Indian School.

Jenny and Phil trekked across the Nepal Himalaya, starting from Lukla (the highest place that motor vehicles can reach) at 2,800m, and followed mountain trails and rope bridges for two weeks to Everest Base Camp at 5,300m. The pair walked back down to Lukla over three days. When their fellow trekkers flew home, Jenny and Phil visited the school itself in the Indian Himalaya; helping The Holt School in Wokingham to maintain a pen-friend link with the Ashram. 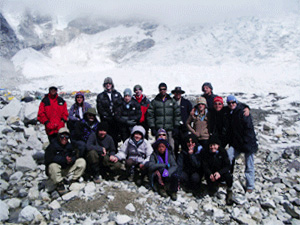