We create arts animation with visual artists and the performing arts

Rated 5 stars by our clients

Mix in some technical knowhow

We're an experienced, established and trusted team with a 20 year history of working with artists, directors and choreographers, producing arts animation for the visual arts and performing arts.

If you'd like to talk with us about how we can help please don't hesitate to get in touch!

We create arts animation for a range of clients... 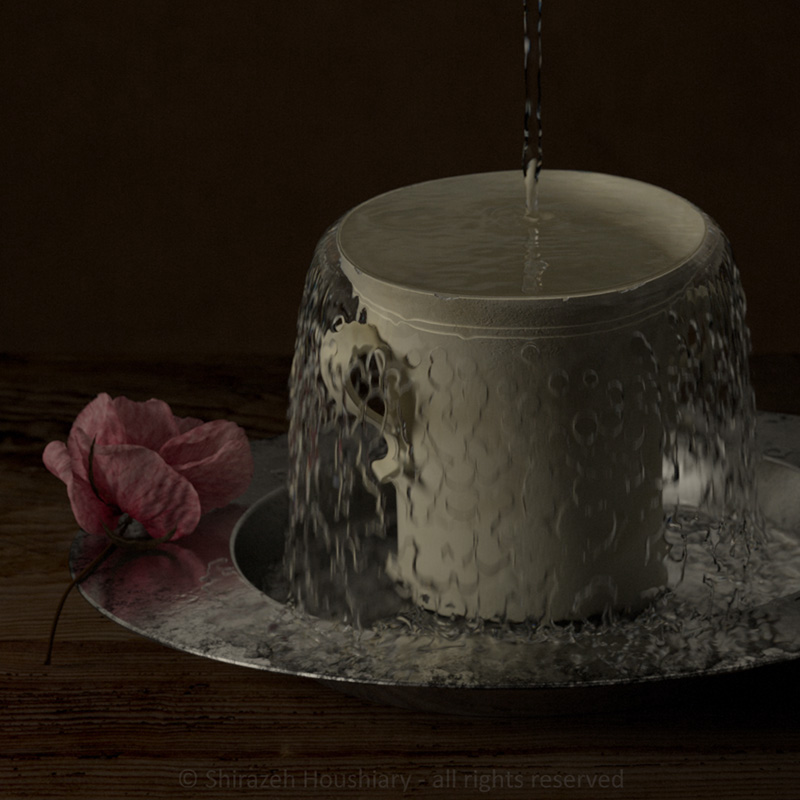 We worked closely with the visual artist Shirazeh Houshiary to produce the animated film A Cup and a Rose for gallery and museum presentation.

Houshiary's film A Cup and a Rose is inspired by the 17th century Spanish painter Francisco de Zurbarán's still-life painting A Cup of Water and a Rose (1630), set to a musical score by Estonian composer Arvo Pärt titled Cantus in Memoriam.

For A Cup and a Rose, Houshiary came to us with an image of Zurbarán's painting, and a concept to add narrative to through animation.

Working with Houshiary, we recreated the original elements of the painting as 3D models, added texture and light to mimic the look of Zurbarán's painting, then used a combination of keyframe animation, procedural animation, dynamic animation, and fluid dynamics to create the animated film.

The 3D animation for Houshiary's A Cup and a Rose was created using SideFX Houdini FX and Autodesk Maya, the film was rendered using Chaos Group V-Ray, textures were created in Adobe Photoshop, compositing and editing was completed in Adobe After Effects.

McGregor's direction for Light Atlas was to propel the imagination into a fresh dimension where alien universes collide in a futuristic expedition to find the map of tomorrow.

For Light Atlas, McGregor came to us with just the name of the piece, asking us to use that as a starting point to create the animation. From there, we created five animated sequences inspired by the name, our research, and brainstorming the concept of light being a guide.

The animation sequences were front projected throughout the dance performance, designed to seamlessly integrate with the choreography, lighting and score. A gauze was setup across the front of the stage and a screen at the back, the animation being projected through the gauze and onto the screen adding further dimension to the animated sequences to create a virtual environment for the dancers to perform within.

Light Atlas was performed at the Trinity Laban Conservatorie of Music and Dance in London.

The 3D animation we produced for Light Atlas was created using Autodesk Maya, Adobe Photoshop and After Effects. 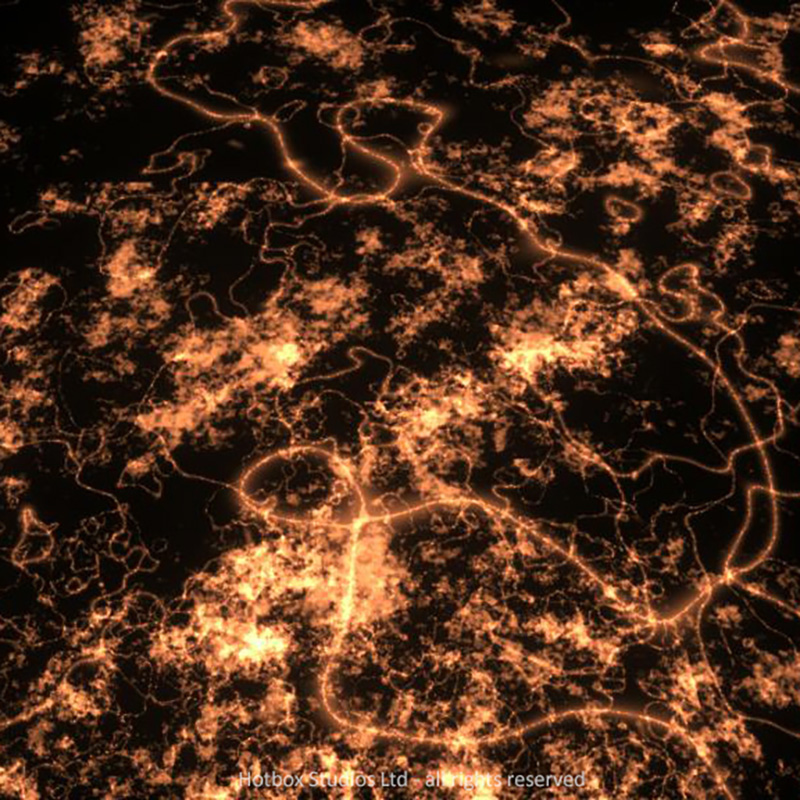